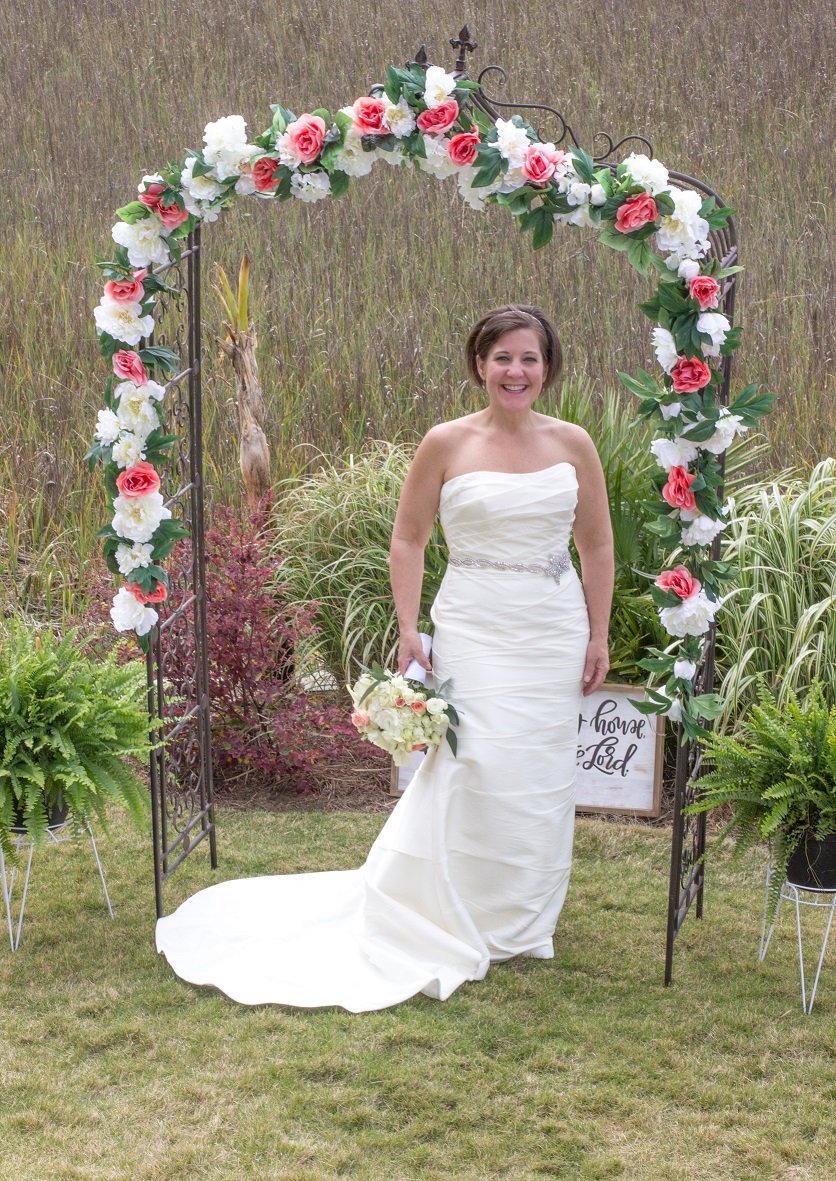 I had ordered a dress online from China.  I knew the timing was going to be tight (engagement less than 60 days).  Like most second weddings I had planned for a small intimate affair that ballooned into a very large affair.  After not hearing back from “China” and after getting many returned emails because their inbox was full I started to get nervous.

There were several people on nextdoor that recommended Carrie’s to a bride that was going to elope so  I thought it was worth an uber ride over to see what they had.  Amazingly they had a dress very similar to my “China” dress.  When I tried it on it was definitely not my dream dress. I tried on a few others and then tried on the perfect dress.  No alterations needed (amazing because I am 5’2″).  I added a sash from ebay to match my beach theme and ordered my daughter a matching dress off amazon and a week later got married.

China showed up a few days before the wedding but there was no question the dress from Carrie’s was my dress. 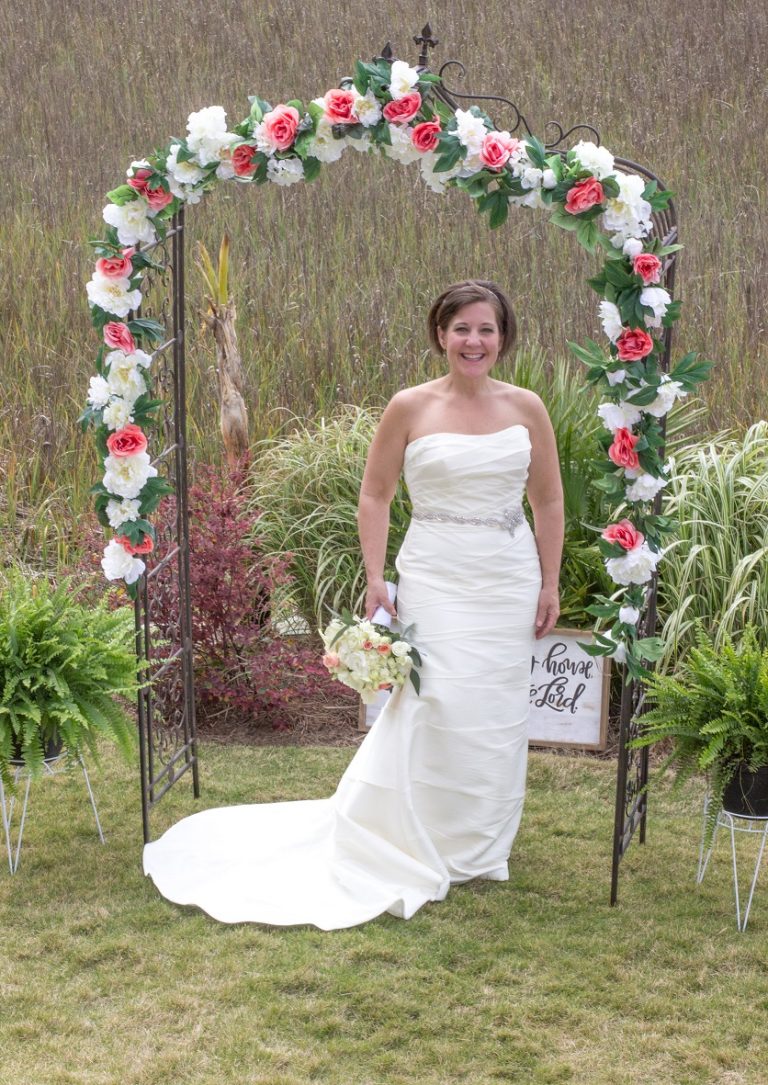